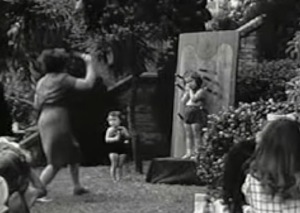 Brood Film Fest is the first and only international biennial short film festival focused entirely on the subject of Early Parenthood in the 21st Century. From the ambiguous to the sublime, from the hilarious to the downright shocking, from the tragic to the transformational; Brood Film Fest will bring you parenthood as you’ve never before experienced it in public. Click HERE to see more. 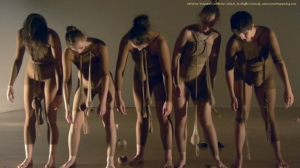 Performing Parenthood is the first performing arts festival in the world dedicated to the subject of of pregnancy, birth and new parenthood. It provides a unique opportunity for professional performing artists who have become parents in recent years to showcase recent finished work or new ideas to global audiences. Click HERE to see more.

Curated by JOY EXPERIMENT, Project AfterBirth was the first ever international open art exhibition on the subject of early parenthood. It featured unseen and rarely shown artistic responses to personal pregnancy, birth & early parenthood experiences by more than 30 exceptional international contemporary artists from all over the world, working in various visual, performance, literary, film & digital disciplines. Click HERE for details.

A short film about the fine line between love and control, No Tragedy was written, recorded, produced, performed and directed by Mila Oshin and Kris Jager (Drunk With Joy) in collaboration with digital artist & filmmaker Roger Lewis (Camera, Edit, Special Effects). No Tragedy was screened and nominated for an award at the 2014 Aesthetica Film Festival and 2014 Two Short Nights Film Festival.

STORY OF YOUR LIFE

A short film made in one take; an experiment in letting go.. Written and performed by Mila Oshin and Kris Jager (Drunk With Joy), choreography by Mila Oshin, camera & edit by Chris Jones D.o.p.

WOMAN vs BIRDS, FISHWIVES AND BUNNYGIRLS

SECRETS
A collaboration between Drunk With Joy, Stuart Mitchell and photography artist Darren Harvey-Regan in which an earlier body of work (Sticks) by the latter was revisited and reinterpreted through the mediums of digital art, film, music and poetry.

THE LUCKY ONES
A new solo dance/digital media work created by dance artist and marine biologist Joanna Cartwright in collaboration with Stuart Mitchell and Drunk With Joy.

GO IN, STAY IN, TUNE IN
Taking one of Drunk With Joy’s existing music/text pieces as her inspiration, print artist Emma Molony created a large number of experimental black & white prints which were collaboratively turned into a video piece with Drunk With Joy and Stuart Mitchell.

I’M ON FIRE
A digital art/video piece by Stuart Mitchell, using original imagery from the 1939–40 New York World’s Fair, inspired by the song of the same title by Drunk With Joy from the album Sound Living.

STORY OF YOUR LIFE
A strongly dynamic part-improvised physical theatre piece by dance artist/choreographer/filmmaker Curt Hennells, based on one of his latest solo works Urban Invisibilities, with music/text by Drunk With Joy.

STRANGERS IN THE MAKING
A new dance theatre piece devised by dance artist/choreographer Claire Beckett, with digital visual interpretations and video projections by Stuart Mitchell, inspired by the Drunk With Joy music/text piece by the same name.

TO BE FREE
Photography/film/digital artist Eleanor Carr’s digital revisitation of ‘Ballad to a Saab 900’; a story about the sea and a car, her Plymouth College of Art graduation project. Music: Drunk With Joy.

WE SHOULD HAVE SOME FUN TOGETHER
A digital art work/animation by Stuart Mitchell, featuring work by sculptor Andrea Gregson, visual/digital artist Roger Lewis and music/filmmaker duo Drunk With Joy.

TRAVELLING LIGHT
A video piece by Stuart Mitchell over Drunk With Joy’s work ‘Travelling Light’, featuring the exhibition ‘Excerpts from a Diary’ by painter Alice Leach.

In the world, there is nothing more submissive and weak than water.

Yet, for attacking that which is hard and strong, nothing can surpass it.

A part-live, part screen-based performance piece in response to the element of water as a high priority in the current climate change debate.

No other social or political issue is currently addressed with more urgency than the challenges posed by the dramatic changes in the natural world and our responsibilities within it.

The element of water in particular, which has always been a theme and inspiration for the arts, has recently taken on a new significance. Globally, flooding has killed more people than any other natural hazard over recent decades and the British government is now treating it as the second highest national security risk.

Whilst governments worldwide are coming to terms with the reality of the threat posed by water, and how to bring the news to the people in a constructive way and raise awareness without creating a widespread panic, artists from all over the globe have started responding to the dawn of a new world.